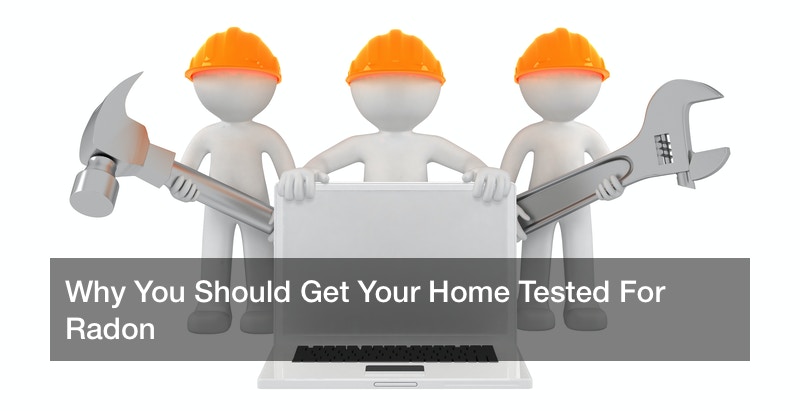 Why You Should Get Your Home Tested For Radon

Radon exposure can be hugely dangerous, namely because radon is a gast that is not only impossible to see with the naked eye, but devoid of any smell or taste as well. This makes it difficult for radon to be detected just about anywhere, but especially in a home where someone is not watching out for it. As a matter of fact, many people don’t even really know what radon is in the first place. Unfortunately, not knowing about and understanding the threat of radon is something that can lead to many health issues – and even, tragically, death – for people all throughout the United States.

This is due to the fact that radon can lead to lung cancer. After all, exposure to radon at or above the EPA action levels that have been set has been found to be equatable to standing at the fence a radioactive waste site. Actually, this is not even totally accurate. When you live in a home with high levels of radon, you are actually exposed to as much as 35 times the radiation than you would have sustained at the aforementioned radioactive waste site. Knowing this information, it should come as no shock that radon exposure now leads to more lung cancer cases, with the exception of smoking and tobacco usage, than anything else, a distinction that has been made by the Surgeon General of the United States. Unfortunately, the lung cancer deaths that can be attributed to radon are high, numbering at around 20,000 for any given year.

And radon exposure is more prevalent than you might think. In fact, seven states have levels of radon that are significantly higher than in the rest of the country, with up to one third of all homes testing at radon levels that meet or even exceed the action level that has been set and supported by the Environmental Protection Agency. The same rates of radon exposure can also be seen across three different Native American reservations as well. And in the country as a whole, as an entirety, it is likely to find one home out of every fifteen with high levels of radon meeting that action level. Sadly, therefore, far too few people are aware of a danger that is really relatively commonplace, when you get down to things.

And once the residential radon testing services have done their job, you’ll know what your risk level is and what amount of radon exposure you are enduring. Fortunately, residential radon testing services can refer you to radon mitigation companies if they themselves do not provide radon mitigation services. For many people, however, even passive methods of radon abatement can work wonders, lowering the total amount of radon in a home by as much as a full 50%. Tools such as a radon ventilation fan can work to further lower the total amount of radon in your home.

And the effect of better radon testing and mitigation can do wonders, even lowering total number of radon deaths by as much as 4% throughout the country, something that can occur with bringing down the rate of radon to below that of the EPA action level. There is no doubt about it that radon is scary, but residential radon testing services can most certainly help.