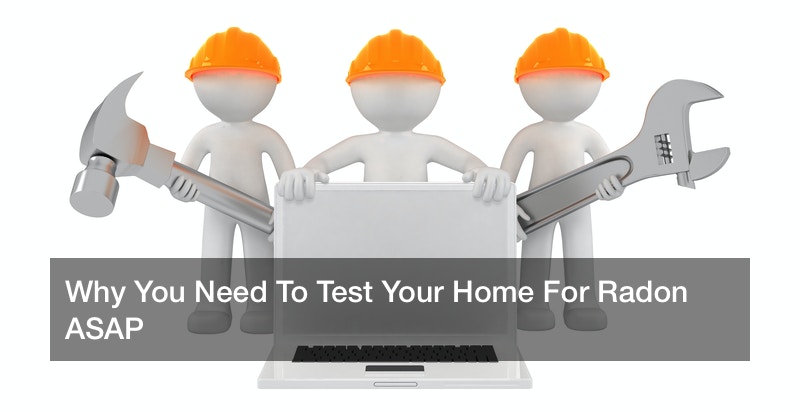 Why You Need To Test Your Home For Radon ASAP

You may think you’re safe from any and all problems inside your home, but if you’ve got a radon issue, you’d better think again. A lot of people think “out of sight, out of mind” when it comes to radon and that’s absolutely the wrong mentality to take.

If you’re wondering what radon is, it’s a naturally occurring radioactive gas that can’t be smelled or seen. As noted above, it’s the second leading cause of lung cancer behind smoking. What’s worse is that many of the health effects caused by radon aren’t noticed until years of radon exposure have already happened. Such symptoms can include:

If you think your home isn’t affected by radon, you’d best think again. It’s been estimated that 1 in 15 U.S. homes have radon levels that are at or above the level recommended by the Environmental Protection Agency.

So what’s the average homeowner to do to combat radon? The easiest answer is testing or radon. By testing for radon, you’re taking an important step to find out just how high the levels may be in your home. So don’t hesitate to get to your local hardware store and pick up a radon test kit.

If you’re wondering what the difference is, passive radon devices for testing for radon can include charcoal canisters and electret ion detectors. Both of these accumulate radon samples which are then tested to determine radon levels in a home. As you go through testing for radon in your home, find a low spot, such as your basement, to do it. If your test results show a number of four or higher, you need to act immediately.

In the midst of testing for radon, if your tests show a number of four or higher, here are three steps you can take immediately to deal with a radon problem:

By testing for your radon in your home using a quality radon test kit, you’re taking important measures to keep your home safe as well as yourself and your family. With a variety of test kits available, there’s no excuse not to test so you can avoid any nasty health problems down the road and keep a healthy home to boot.